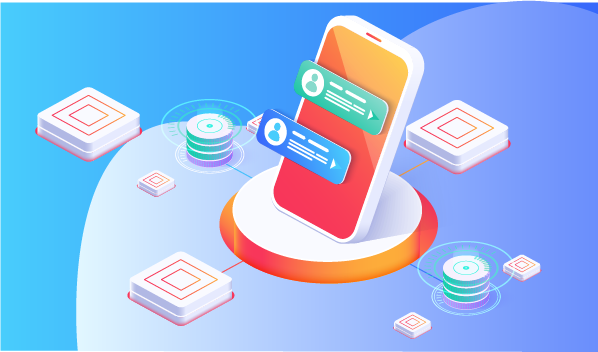 App marketers and makers are known to use every possible channel to reach and engage with their customers. And that should come as no surprise with the two factors that affect their app’s bottom line.

With the obvious advantage of retention over acquisition, it should come as no surprise when app makers and marketers lean towards the channel that has the most impact on engagement rates; push notifications, which boast up to 40% CTR. And in Netcore’s experience these CTR numbers can be pushed even higher with notifications that are personalized to the user in both message and time of delivery.

However, as amazing as any channel is in engaging with your end customer, it is only effective if it delivers. And that had been the primary issue with push notifications. A myriad of issues had lowered the delivery rates of push notifications, limiting its potential.

Why do your app push notifications not get delivered?

The simplest, yet the most problematic, reason your push notifications aren’t getting delivered to your customers is that they have simply opted-out. Our experience shows that there is a high correlation between the type of app and the possibility of a user opting in. For example, banking apps have over 95% push notification opt-in rate across devices, while e-commerce apps have a much lower opt-in rate of around 60% across devices. The industry wide average for push notification opt-in, across various industries, is around 91.1% for Android devices and 43.9% for iOS devices.

Android-powered Chinese Original Equipment Manufacturers (OEMs) like Xiaomi, Vivo and Oppo, are optimized for functionality. They restrict background processes related to certain apps so as to conserve battery life and processor bandwidth. As a result, push notifications from many applications aren’t delivered or only a few notifications are delivered, as the vital link between the FCM push gateway and the smartphone device, the background process, is severed.

Users often misconstrue these failures as Google’s push notification not working, while it’s actually the device that is the source of the issue. It has been such a common user complaint that there is an Android Central article on how one could improve push notification delivery on Xiaomi and articles by Forbes magazine on improving push notifications delivery on Huawei, Xiaomi, and Oppo.

In our experience, we’ve seen that delivery rates to Chinese OEM smartphones can be as low as 12 to 20%.

How can you improve delivery rates?

Netcore has developed a four stage Push Amplification technology – Smart Push – that targets aspects of the push notifications infrastructure that drains your final delivery rate. Here we describe how each of these stages acts to boost your overall delivery rate.

The success of traditional push amplification can be varies but we’ve seen a boost of over 10 to 15%.

Like mentioned earlier, Chinese Original Equipment Manufacturers (OEMs), are optimized for functionality over and above the stock Android OS. But considering how these Chinese smartphones dominate the Indian and the global marketplaces, we can’t ignore the need to focus on improving deliveries to these devices. And hence, Smart Push’s second stage works with Xiaomi Push Gateway. Smart Push will send notifications through Xiaomi’s Push Gateway, FCM (Google’s Firecloud Messaging) and the traditional push amplification in parallel. The SDK on the client end will ensure that there isn’t a duplication of the notification while improving overall delivery.

Smart Push’s second stage improves delivery to Xiaomi smartphones by 70%, and the impact on overall delivery rates will depend on the user base of the brand. Our experiments have put the numbers at over 7 to 8%.

Network issues also have a consistent drain over each push notification campaign. And to address it, Netcore has developed what we call ‘Delivery Boosters’ – with the potential to deliver notifications to 100% of your active users.

To put it simply, they fetch and schedule your push notifications ahead of time. So even if your users are offline, have network issues, or are on airplane mode, your notification will get delivered provided they’ve been active on your app beforehand. So for your active users, you will find it hard find anyone who hasn’t gotten your notification.

This stage alone has been shown to give a boost of at least 7 to 10% to your overall notification delivery rates.

Smart Push’s Secret Sauce will give you a boost of at least 10 to 15%.

The Smart Push technology will give your deliveries a total boost of at least 45%.

If it’s Push Notifications or any other channel, Netcore is committed to increase your ROI across all channels. If you’d like to know more on how we can help, please contact us.