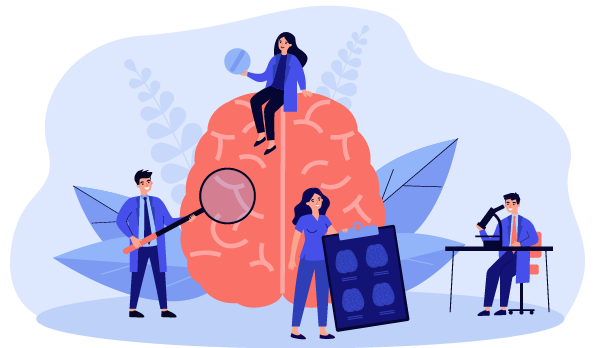 User activation is the key factor that determines the success roadmap of your app. If you are able to convert prospective users into customer and app advocates, congrats! Your user activation strategy is on point. But in case you are the one struggling to entice users to stay active on your app – this article is for you so keep reading.

Believe it or not, but activating users is somewhat like closing a sales deal.

You make the first contact (attract users to the app), convince them to fix a meeting (sign up), explain your products and services to the prospects (app walkthroughs) and there you have it, a brand new client (user activation).

But that’s not it. To make your user activation successful, you need to constantly track your users’ needs and behavior to cater them in the best manner possible.

So how do we do that?

The answer is by implementing psychological triggers in your user activation strategy. Every human decision is based on a psychological influence. Let’s take the same example of sales here.

Selling any product or services to your audiences involves some kind of hidden psychological trigger.

For example: An Insurance agent will convince you to buy a policy by emphasizing on words like- life security, family security, low premium and so on, which acts as a trigger that echos in your head somewhat like this…

“OK so I get security for life, my family will be safe in my absence and all of it at an affordable premium, so I am totally buying it!”

This is how psychological trigger works in influencing people to make a desired decision.

Significance of psychology in activating users

Product failure is the most painful experience for app marketers and product managers who invest a great amount of money, time and hard work into building it.

When users sign up for your app, they come with certain expectations and goals in their mind. The longer they struggle to reach these goals, the more likely they are to abandon the app.

According to a research, 65 percent of users say a poor mobile experience negatively impacts their opinion on the brand.

70 percent of users abandon an app because it takes too long to load.

29 percent of users instantly abandon an app if they don’t find it valuable.

These numbers indicate that there is a wide gap between user expectations and the app’s offering. Poor user engagement frustrates users, inducing negative emotions towards the app, resulting to drop- offs.

User activation is deeply rooted in human interactions and emotions triggered by various psychological concepts. In order to build an effective onboarding atmosphere, you need to understand how your potential users think and the factors that influence them to take an action. Implementing psychological concepts not only help product teams improve their user interface and interaction but also help them acquire new users and retain them successfully.

So, let’s move into the crux of the blog and explore the different psychological triggers that help marketers in activating users faster and retain them longer.

Your users’ decision to take a desired action depends on the web of psychological triggers you throw at them. To activate a user, you need to first understand their psychological expectation from the product.

Understanding the factors that kept them activated so far helps you identify the type of communication you want to put across to get them hooked to your app.

For instance, an app that has contextual walkthroughs and nudges to guide users to the app’s important functions are more likely to stay put, as they are well-informed users. However, users would hardly connect with an app that has tedious product tours and zero personalized communication.

Here are some of the popular psychological concepts you must use to activate new users and make your app tick.

The story goes back to 1920s, when the Russian psychologist Bluma Wulfovna Zeigarnik was chilling at a quaint restaurant, where she noticed that the waiting staffs had better recollection of the unpaid orders. However, once the payment was made, that detail was forgotten in the blink of an eye.

Zeigarnik was intrigued to explore this behavior further. She conducted a series of experiments to better understand it. She found that, people could recall an unfinished or interrupted task better than a completed one. This phenomenon was later coined as Zeigarnik Effect.

So, how can we apply Zeigarnik effect to accelerate successful user activation?

Let’s take an example of the popular e-commerce clothing brand Myntra which seamlessly reminds users about their wishlist by using nudges like “Some products on your wishlist are now available at a special price!”

This is Zeigarnik effect, as Myntra is trying to persuade users to complete their purchase by adding wishlisted items to the cart to make a transaction.

Another great example of Zeigarnik effect is of Trello, an office collaboration tool to organize tasks.

For every tasks that crossed its deadline, Trello shows an alarming red sign, indicating that the task is overdue and needs to be finished. This is Zeigarnik Effect in action.

By reminding the tasks, Trello builds a sense of urgency and task-specific tension driving work productivity.

Every time you go to a shopping mall’s clothing section, you are showered with limitless choices of clothes. And the more the choices the more indecisive you get, leading to choice paralysis.

In simple term, the lesser the options, the easier is the decision-making and vice versa.

One of the most overused but never old example in this scenario comes from Netflix. Netflix uses the categorization technique to streamline content as per genres. Each category offers users a limited number of options to pick from, as opposed to a huge number of uncategorized options that can easily overwhelm them. Categorization eliminates choice overload and boosts app’s conversion.

People find categories easier to handle rather than the random content choices. Breaking content into categories helps users to organize their thoughts and make a choice without being overwhelmed.

One of the best ways to get people interested in your apps is by creating peer pressure. Social or peer pressure persuades people to follow their peers to bring a change in behavior or adopt a new habit.

One classic example for this is of PhonePe, a UPI payment app.  PhonePe provides referral link to its existing users to ‘refer and earn cashbacks’ by bringing new member into the app. Once the referred users make their first transaction, the existing ones get certain amount as cashback in their Phonepe wallet.

Here, PhonePe is using the peer pressure effect by triggering one user to influence their peers to join the platform. This indirectly boosts PhonePe’s acquisitions and the cash back motivates existing users to stick longer making it a win-win deal for both the app and the user.

The endowment progress effect implies that if you provide users with some artificial advancements to reach a goal, they will be motivated to accomplish it.

Suppose you surprisingly earned a 100% attendance bonus at your company and that motivated you to keep the bars raised for future as well. This is called Endowed Progress Effect.

A fitting example to explain this one is of Paypal. When you log in to Paypal, it shows a checklist with the first item ticked, implying that one of your task is already completed (account created) leaving you with just few more tasks before your account is activated. This motivates you to complete the rest of the tasks.

The ambiguity effect is a cognitive bias which demonstrates how decision making is affected by the lack of information, or “ambiguity”. According to this concept, people tend to avoid options ambiguous to them or those which provide unknown results.

Bottom line is, to increase your app’s usability, you need to explain your users, what does your app offer, so as to eliminate any ambiguity and confusion during their onboarding process.

GhostwriterAI is a data enrichment tool that uses the ambiguity effect to educate their marketers about the app. It gives step-by-step cues to the users on how to make target segments, what kind of personas to choose, what demographics to select and more features in a series of frames. These cues familiarize users with the app and its features, building users’ trust and boost app engagement.

A very crucial piece in the behavior-driven design puzzle, which is often overlooked and very less explored.

The term resistance has varied meanings and definitions in literature and academics. But in this context, resistance psychology is a user reaction against the pressure for change.

Product marketers need to analyze the reason behind user’s resistance and leverage it to optimize value-driven interactions. Your goal here is to persuade users and not to impose or manipulate them to use the app. You got to educate, inspire and remind users about the wonderful benefits they can derive from your app, in a subtle manner.

For example: You re-target users who dropped off from your app. You send them in-app notifications to lead them back, but they dismiss it. This shows user resistance towards engaging with the app at that point. If you force them to land on the app when they are showing clear signs of discomfort, you are restricting their freedom.

In this scenario, leverage user resistance to your advantage by engaging users in their high-intent moments and nudging them to stay longer on the app. Users who are active on your app are sure to perform some action in comparison to those who have left the app environment. Engaging users in high-intent moments will ultimately eliminate user resistance leading to better app engagement and conversions.

To sum it up, successful user activation is all about making certain psychological tweaks that will take you closer to your prospective users. All of the above mentioned psychological triggers help you activate users seamlessly, make their user journey easier, drive more conversions and most of all, takes them to their ‘aha moments’.

Are you looking for a robust solution to boost app conversions? Netcore Cloud’s Product Experience Platform is the answer to all your app-related concerns. For more details on our platform get in touch with us today!

About the Authors
Surya Panicker