Please wait while we grab a copy for you...
Written by
satish.kokate

Hey Siri! What do you have for App Devs and Marketers? 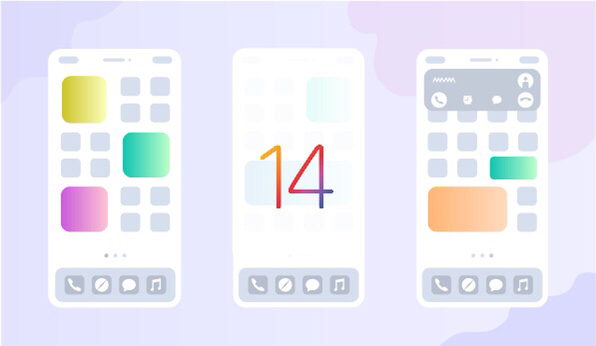 Apple has brought in its biggest iOS update yet with iOS 14. From App Clips to widgets on the home screen, it seems like it was ‘inspired’ by quite a few Android mainstays. Then again, in a typical Apple style they’ve improved security, privacy and their AI. At the core of it all, there is one question that I aim to answer in this blog. Why should you care, as a marketer, developer, or a user? Answers below.

The newly introduced App clips enables easy access to applications without downloading the full app from the App Store, interestingly similar to Instant apps from Android, available since 2017.

This feature enables a host of use cases like making quick reservations at a restaurant, or making a payment without installing the full app. An App Clip can be accessed by scanning a QR code, using NFC tags, or through links in Safari and Messages. Moreover, recently used App Clips are saved in the App Library, letting you install a full version with a single tap.

There are approximately over 2 million apps available on the App Store, each trying to improve application discovery through advertisements, campaigns, SEO and ASO. App clips are a great way to give users a sneak peek, to let them know what’s in store for them if they choose to install the app’s full version. Creative use of this feature will allow you to hook your users’ attention on your app’s magic first, instead of going through a lengthy (but necessary) onboarding process.

For the first time, iOS 14 lets you add widgets to the home screen from the ‘widget gallery’. They are data-rich, smart, and come in a variety of sizes.

You can also stack up to 10 widgets on top of one another to better utilize space, both in the ‘Today’ view and the ‘Home’ screen. There’s a separate ‘Smart Stack’ feature that automatically surfaces the best widget based on time, location, and activity. For example, you might see Apple News when you wake up, Calendar as the events come up during the day, and Maps when it’s typically the time you leave for home from work. That’s personalization for you.

The widget also uses on-device intelligence to show suggested actions based on your usage patterns. For example, if you always listen to a podcast on your ride to work, you might see the Podcasts widget at that time. If you tap a suggestion, Siri might perform the action without even opening the app.

Apple has definitely taken this widget feature up a notch in comparison to Android, especially using Siri’s intelligence to smartly personalize the experience for the users. It remains to see how app developers and marketers offer widgets of their own apps that engage the end users. No doubt, this gives another touchpoint for apps to interact with and engage their users.

iOS 14 also adds a new view called ‘App Library’ that helps to organize all your apps. Apps are automatically organized in certain categories in the App Library, eliminating the necessity to keep all of the icons on your home screen view. There is also an option to view all apps sorted based on usage, alphabetical order and more.

Search in this section has also been designed to be the one stop destination to find and launch apps, find contacts and files, and to get answers to common questions around weather and maps.

This is a feature which Android fans have gotten seen and used before so often that they barely think of it as a feature. It’s a part of the core experience. Marketers can be glad Apple too trying to simplify this app discovery and accessibility problem for the users. 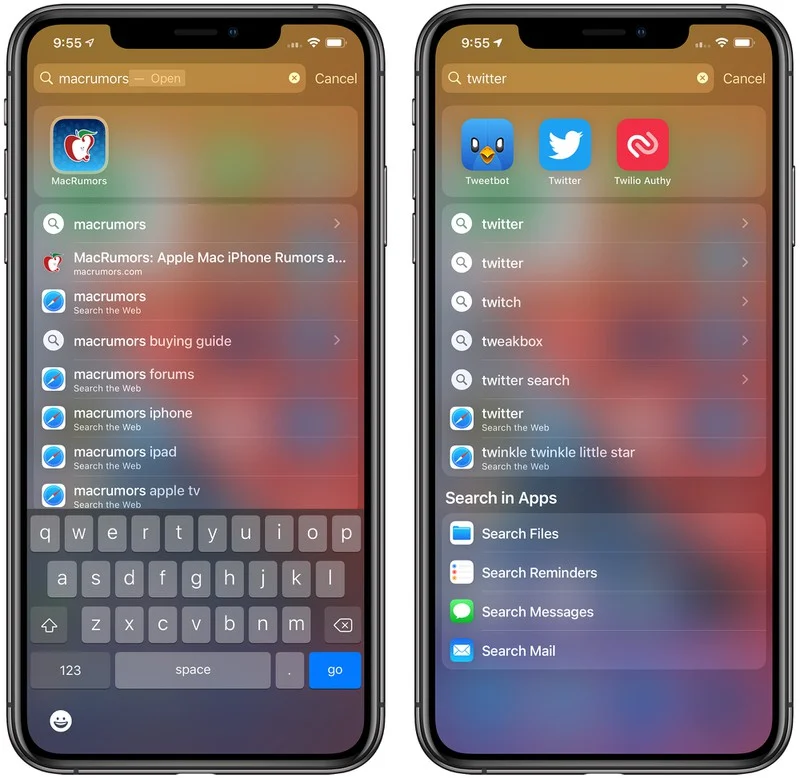 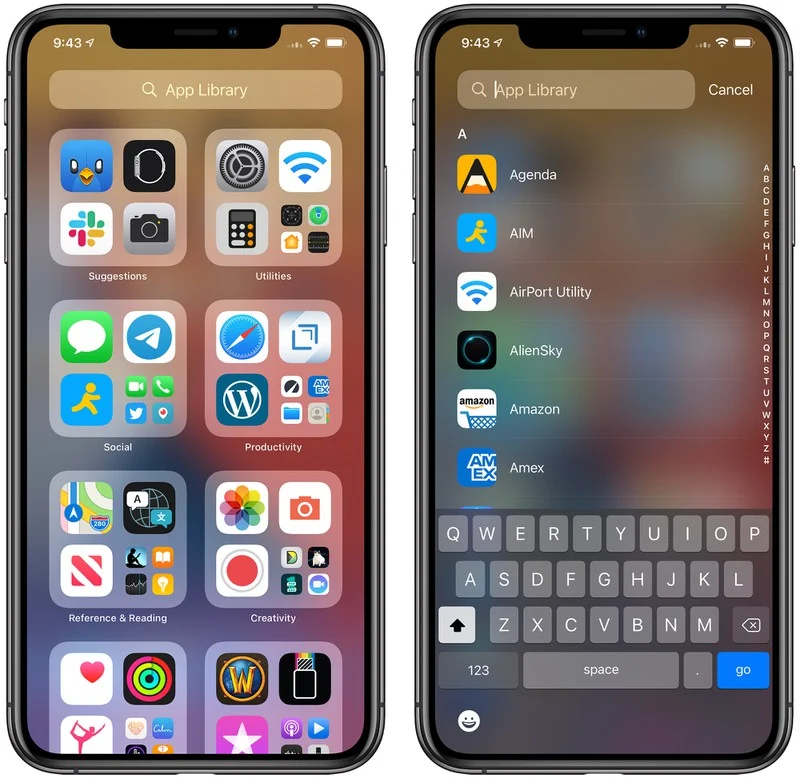 In iOS14, Siri has got a new interface that does not overtake the entire screen. You can still activate Siri through physical buttons or through voice commands but it no longer pops up in full screen interface with the sound wave design.

Siri is smarter in iOS 14 and can answer a greater range of questions with info pulled from across the internet, and Siri can also send audio messages.

Besides this, like mentioned in the above section we have seen Siri powering smart widgets as well.

I’d predict that pretty soon it would become as important for marketers to optimize their content for Siri as important it is to optimize for Google. Speech search is gaining ground, and Siri is bound to be in the forefront.

A new text and voice translation app in iOS 14 is designed in such a way that you just need to tap on the microphone icon, say something and the app will translate it to your selected language.

What’s in it for users?

This functionality is built for conversations and it works completely offline. Although interesting, it remains to see how many users will practically use it.

Apple offers a new ‘Security Recommendations’ section that informs you about your accounts that are at risk for reasons like your passwords are easy to guess or even they may have been leaked on the web.

Why should a developer care?

In recent times, we all hear news of account password leaks. This is a very useful feature where your iPhone starts notifying you if your password has featured in that leaked list. Of course, this might also be a foreshadowing of coming times where we’d see the concept of passwords being made obsolete. Interesting times indeed!

Apple brings in a lot of privacy enhancements with every iOS version release and iOS 14 is no exception as well.

Each app on App Store will have a new section where the developer will be required to self-report the summary of privacy practices followed. This includes the data collected by the app and used to track people.

For a given app, you can now choose to share an approximate location rather than your precise location. iOS 14 allows you to get the needed info from the app that requires location permission but it keeps the app from knowing your exact location.

In iOS 14, you no longer need to give blanket access to all of your photos. You can restrict access to specific photos that you can select and the app is able to view.

If an app is using either the microphone or the camera for recording purposes, you will start seeing a small light next to the cellular signal bar on your screen. It acts as an indicator when recording is in an active state or even in the background so that you are sure it is not secretly recording without your knowledge.

Why should everyone care?

With each iOS release, Apple reinforces its focus on privacy and security by giving more control to the users. And iOS 14 does bring in major changes in terms of user permissions which will dramatically change the way users are tracked on the app and for the location. If you’re an app developer or marketer, these changes make it increasingly obvious that user privacy has and will always be a major concern for Apple users. Slipping up on privacy will cause you to lose out a lot on that market.

Below are few other features and enhancements in iOS 14

Besides these, there are dozens of tweaks and changes for other apps like Maps, Safari, Car Key, Car Play, Camera, FaceTime, Photos, Music, Notes, Reminders and so on.

We can say that iOS 14 brings a fresh look to things that really matter and make them a lot easier to do with great focus on experience as well as privacy for the users. And as for the marketers, iOS 14 opens up a few interesting engagement channels in terms of App clips and Widgets.